REVIEW SilverFi SILK with a special guest Rumi interconnects
The story begun few years ago, at that time I met a very nice gentlemen from Turkey Tanik, known up here as witness, and as result I got in contact with SliverFi owner Mr. Sezai Saktanber and if you don’t mind to check thisreview, you will find most of the information in there. 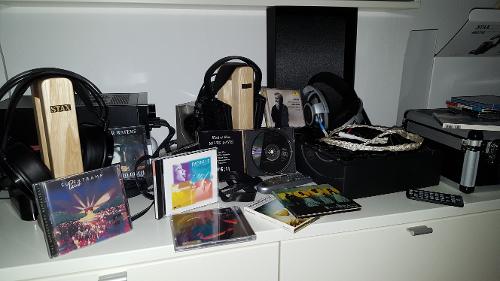 First of all, this is not an easy task for me, because I love both and could easily live with either of them,
Both cables, while from different series and price point, are authentically and fully hand build by Mr. Saktanber. All materials are locally acquired and produced. There is only one visual difference and that’s the number of wires been used, where Rumi have 2x2x1 and Silk 3x2x2 solid silver conductors. The rest are of equal level quality feel and look, which means that cables from all series are produced with the same high level of care and finish. All SilverFi cables are not shielded and directional with 100 hours of burn in requirements.

All cables are very light and flexibl and made from pure silver and coming with 10 years of warranty, but for details, check with SilverFi please. 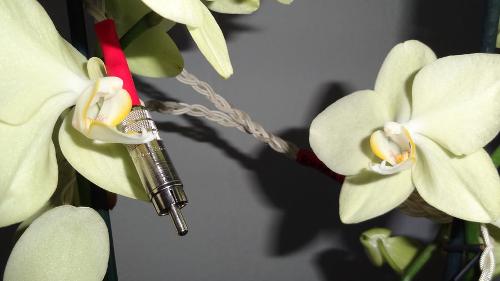 Intro poetry
SilverFi cables, after I tried them, there was not a single moment for me to wish anything else, this is it, you can call it perfect match or else, but this will not change the fact I simply love them, not just because Mr. Saktanber is the most customer friendly business man or gentleman in general, but simply for the fact that their tonality is fitting my preferences perfectly, simple as that. Before I got Silk for audition, I already lived with Rumi for over a year, see my Rumi review dated 2013 please, and again, I had nothing to wish further. Now, all my cables are from SilverFi: digital D2, interconnects Silk and HD800 cable is HP1, you can find the full info about them up here http://www.silverfi.com/products.html 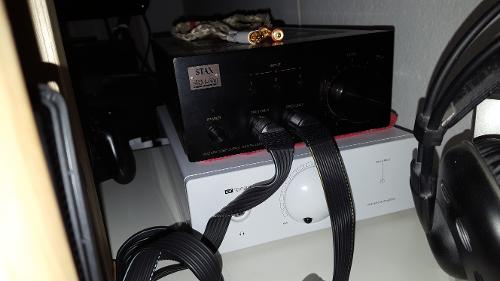 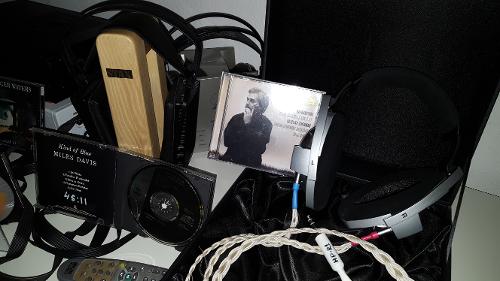 Silk vs. Rumi
When we are talking about lower end, both are detailed, clear and tight, where Rumi, in some situations and record depended, sounds clean (think of Arild Andersen track called “Hyperborean” from the same named album ), but not dry or clinical and when compared to Silk only, which have more mature attitude. I do refer to very same track I was using during my 2013 review, because its easy to hear it on that track.

Double bass is all about prolongation of sound / resonance that have different characteristic stages, from full and dark to clear and more precise and its very important instrument for fundamental orchestra bass. You can also hear those stages very clear on its smaller partner cello, when individually played say Bach cello suites by Pieter Wispelwey or Jean-Guihen Queyras, accomplished brilliantly by both, but on their own way.

it’s like with good quality wines, when full of aroma Chardonnay compared to Pinot Gris, both are wonderfully balanced, but have their own character, where Chardonnay is more on the dry side and Pinot Gris smoothly rounded with a slightly sweet touch, just giving the aroma bit extra support, which translates in fuller, richer tone.

So, when we compare Silk vs. Rumi, both have strong, lifelike character & natural tone, great definition whereRumi is toward neutral and Silk solid, analogue kind, if you like. This becomes pretty obvious when you listen toKetil Bjornstad & David Darling Epigrahs, track no.2, with Silk piano and cello have more weight and presensethan with Rumi. 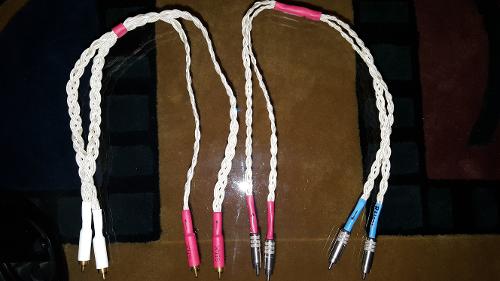 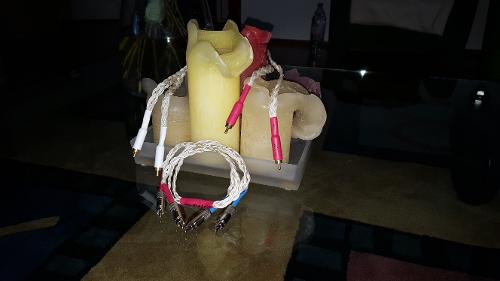 Moving towards the top end, we will find very articulate, precise and crystal clear fortepiano, absolutely not abrasive viol or cello, anything but scraggy sax or trumpet, vexed high hat or cymbals.
I mean, when I listen to Rachmaninov piano concert of Krystiaan Zimerman & Boston Symphonic Orchestraconducted by S. Ozawa, track number 3 Piano Concerto No.1 in F sharp minor, Op.1 - 3. Allegro vivace, starting at 6 min 05 sec until 7 min 00 sec you hear the triangle been used multiple times and Rumi is outstanding, but Silk is astonishing and pure, simply magically refined. Actually, you can use this track as reference for many things, regarding orchestra instruments and piano work in special, where truly tones of it are precisely reproduced, which, of course, is also valid for everything else, but reproducing piano isn't that easy task for any headphones or system in general, including cables and using Silk allow you to forget about that and simply enjoy the music.
Both cables are free of any distortion, grain or disturbing coloration, they are very transparent and airy. Without been pushing or artificial aggressive, they don’t miss any detail at all and if they do, that’s because your system cant do the job. As an example, coming back to that triangle thing, where HD800 presented it differently thanStax 404LE, which had depth, precision and outstanding refinement, but Sennheisers pushed bit upfront, givingless precise placement within the orchestra, which resulting in a bit of an artificial orchestra ambience and Silk show you that effortlessly. 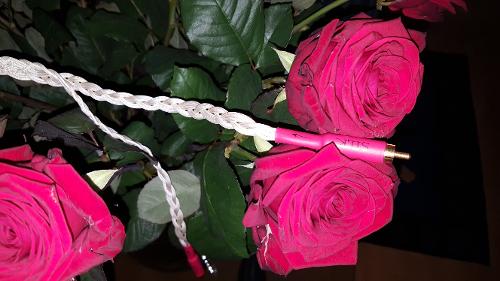 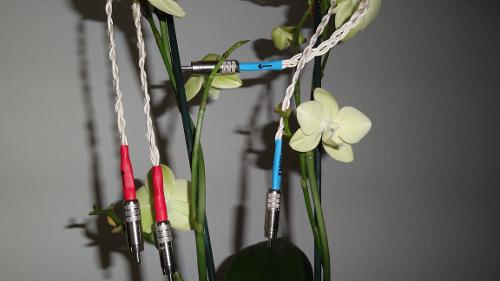 Landing on the middle field makes me very emotional, as I am rather speechless than I can say a lot. This is where all happens and at that moment your senses are too busy assimilate the received information in emotionsand at some point you can feel that, literally, when electric current goes through your body to your head, with a result as thrill and eyes full of tears, man, at that point I am simply in nirvana.

Good example of that is Amused to Death from Roger Waters, which I cant split in tracks, it is one story and at some point I felt that I am Roger, I am standing there, in the front of that damn microphone and tell that story, I just don’t know what kind of species possessed these guys to make such outstanding record, but then I thoughtthe same of these cables, which couldn’t be created by someone who not appreciate, understands and enjoy nature of life, period.

Next record, where I was reminded of by my good friend Stavros, is from Pink Floyd Dark Side of The Moon SACD, truly classics, track called Money and man, to say that this is best music ever made, is to say nothing, its like be a 14 years boy again, who listens to this track for the first time and I remember that moment, I was in shock, fully paralysed as I couldn’t believe that this was coming from vinyl, however, at that time we were using tapes most of the time, as I didn’t own a TT back then, many things were simply a luxury, but even so, we were the happiest music junkies around and this is how I felt during that track one more time, all memories just starting showing up from nowhere and this would be perfect moment to stop, but no, I simply couldn’t and took out Deep Purple from 1976 live performance, originally broadcast on the King Biscuit Flower Hour, where the atmosphere, on stage and audience part, perfectly matches and you forget about imperfections and just become a part of it, and this, after I finished, made my session complete, which took 3 hours during early morning and I may go further, as I couldnt stop, but my son got out of bad and at that second, when he came to me and gave me a hug, man, can you be more happier? I don’t think so and this is definitely the best way to start your day, at least for me it was.

I tried many different vocal tracks, from folk, pop, rock to opera and the effortless way Silk reproduce them is stunning.

The true
Yes, there are differences between the two and yes, your system is the key up here, not the cables, because, the moment you put Silk in, it will not become a bridge, but an air and if you infect that, you get that back without mercy.
I don’t think I can conclude anything up here except that at some point I forgot about cables, because they just disappear in your system, Rumi or Silk, you chose, but if you appreciate the character of natural tone wth most possible exposure to it, then you have no choice and will make that step in to the obvious world of SilverFi, which starting from USD 200 only and to be honest, this is a wonderful opportunity for almost everyone.
Thank you for taking your time to read.